Last Wednesday, we took the Cranberry Cove ferry to Islesford, aka Little Cranberry Island. There were two other passengers on board so, of course, we got to know each other. They were an outdoorsy-looking, white-haired couple in their 60s. After they told us how to find a house to rent in Venice for my husband's upcoming sabbatical, they told us they were going skinny-dipping on one of the beaches at Great Cranberry Island.
Cars can travel at 15 mph on the island roads; many people prefer to bike or use golf carts. We went for a walk. We expected to find the post office. We'd visited it before; it was housed in a general store that sold good sandwiches and cookies. Alas, we discovered that both the post office and store are gone. But there are other attractions on the island. 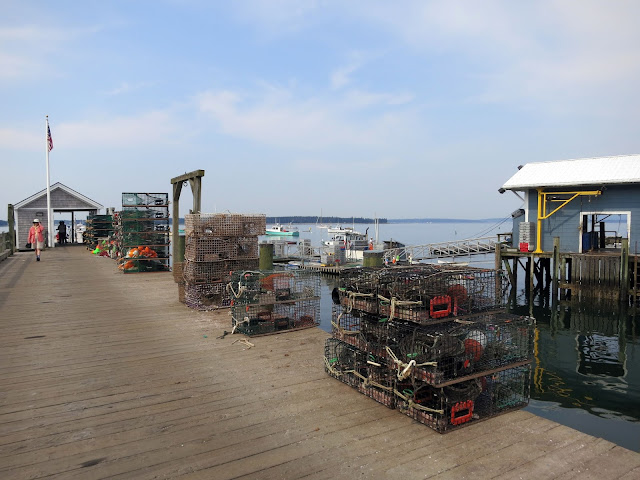 Lots of lobstermen around on Islesford, with a variety of trap styles in different states of repair or decay. 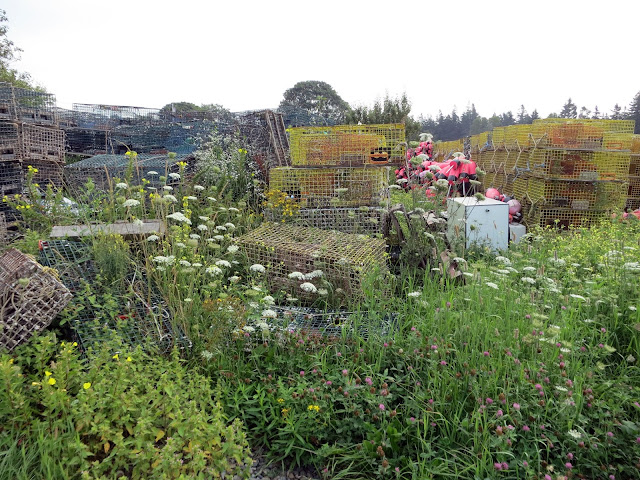 More traps sprouting amid the wildflowers. 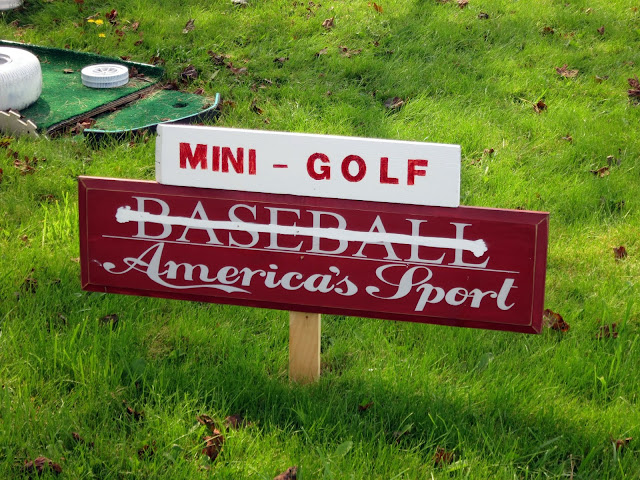 Miniature golf was set up on the big front lawn of a house. 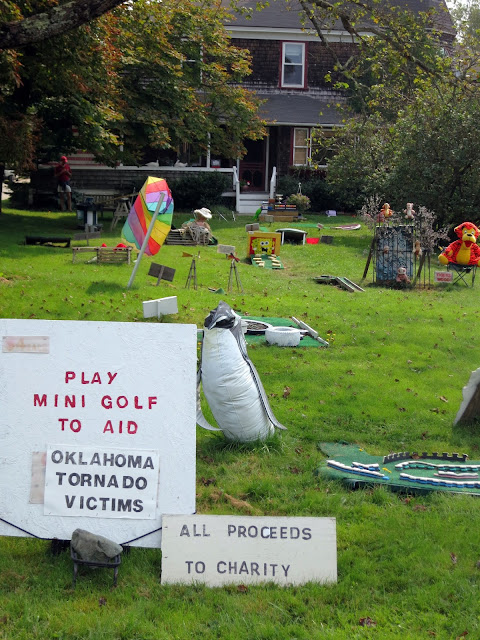 It was a rather ramshackle affair, but with unmistakable enthusiasm and creativity. 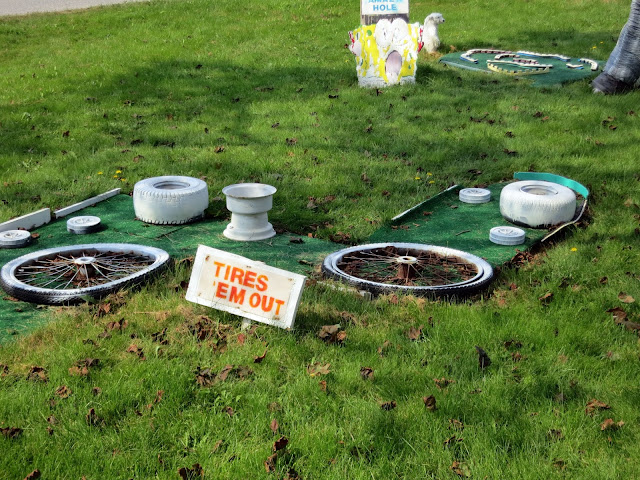 For miniature golf, it was heavy on puns and light on water features. 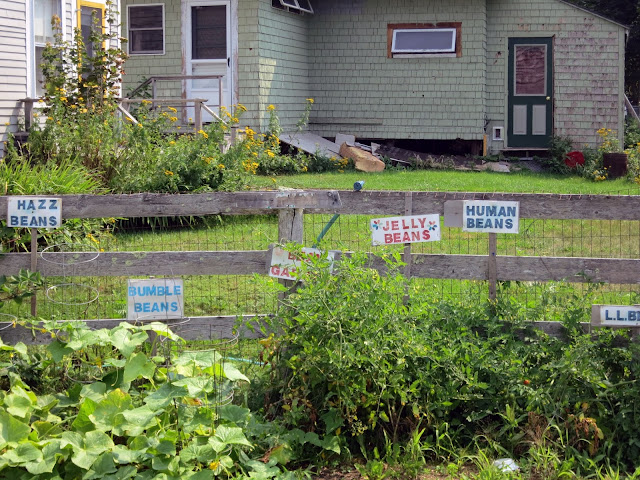 The puns continued into the garden. 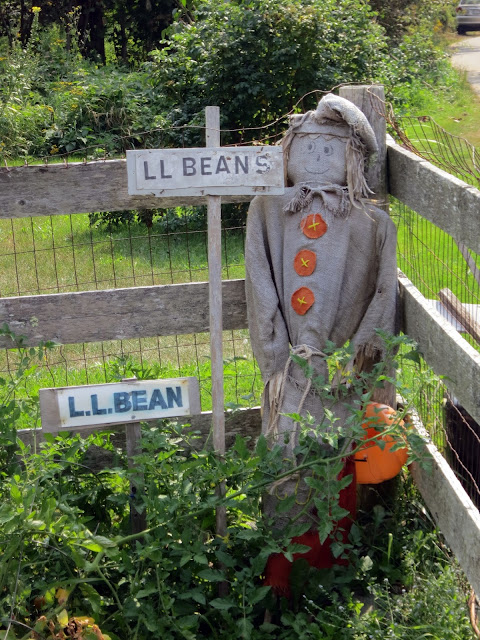 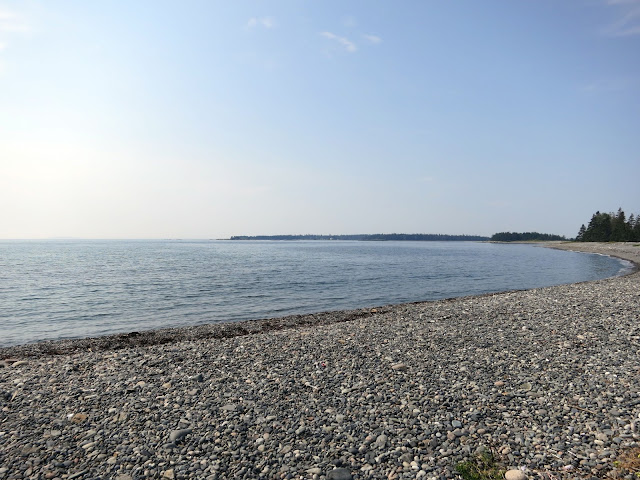 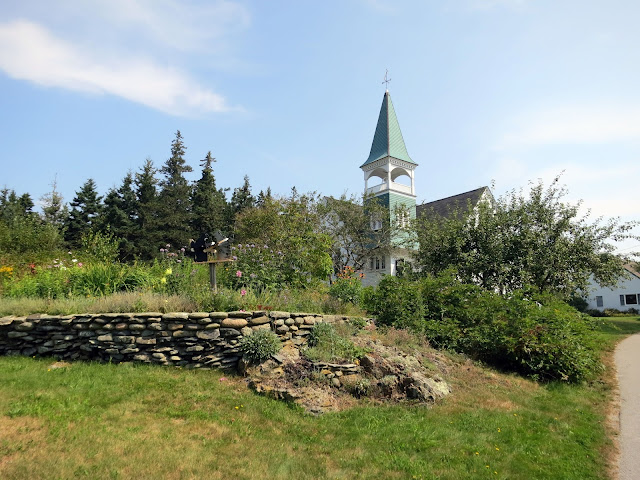 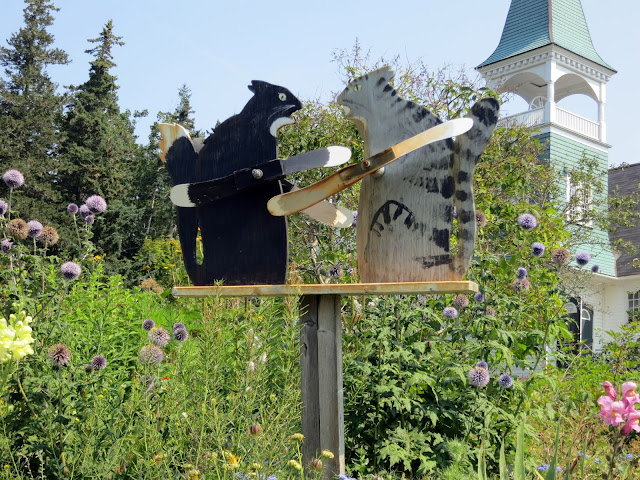 If I ever get my own garden, I want one of these. 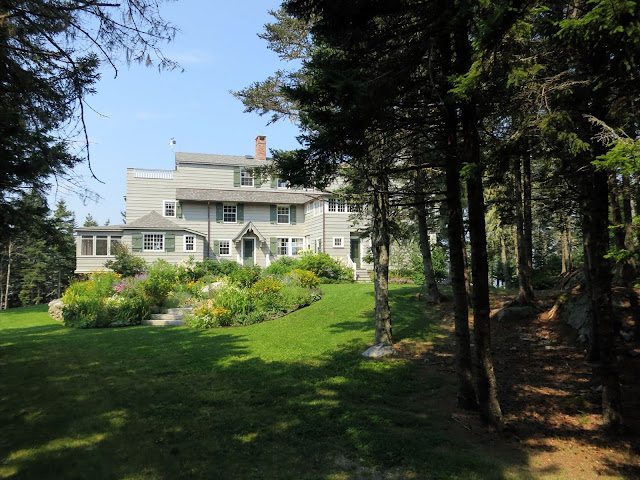 One of the beautiful old oceanfront houses on the island. 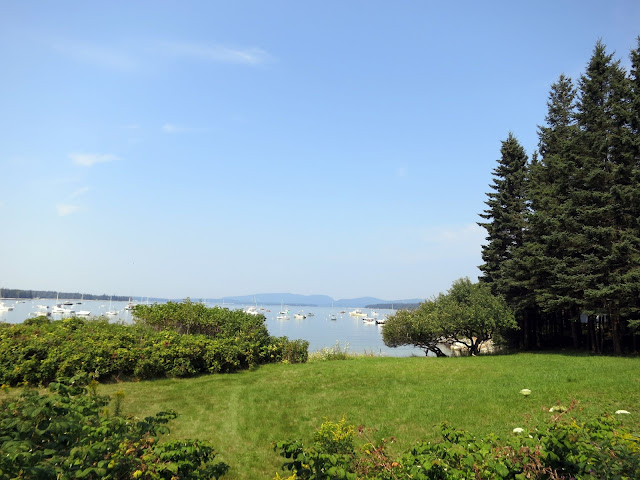 A distant view of Acadia's mountains. 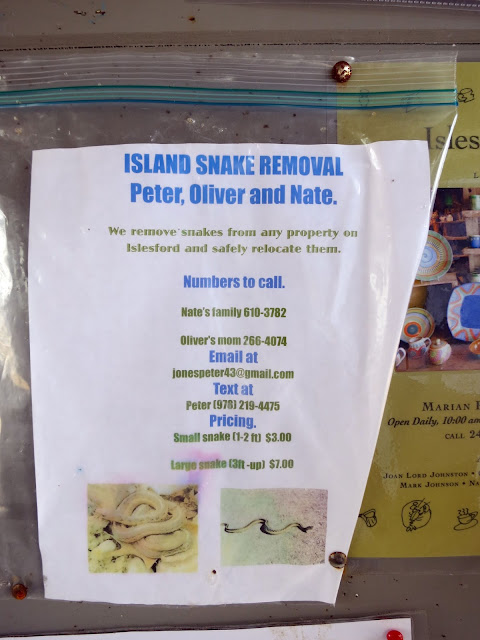 The island is small but it has pretty much everything you need,
especially if you need to get rid of snakes.
Posted by A Proper Bostonian at 9:17 PM

Spam goes right into the trash but I appreciate relevant comments from non-spammers (and I can always tell the difference). I do my best to follow up if you have a question. ALL spam, attempts to market other websites, and anything nasty or unintelligible gets deleted instantly. The cats and I thank you for reading — and please feel free to comment on what you read.

Who Is this Person, Anyway?

Five cats, too many books, and never enough cake or good stories. APB is an underachieving writer/editor/concert producer who spent many years working with the overprivileged at the MFA. Now does volunteer work in her Back Bay neighborhood when not expertly wasting time. Raised in an Italian-Irish family in a Pennsylvania steel town. Twelve years of Catholic school partly overwritten by four years at Swarthmore. Married to a charming professor and Patriots fan. Enjoys visiting Maine and Europe, but loves Back Bay best.

Blasts from the Past